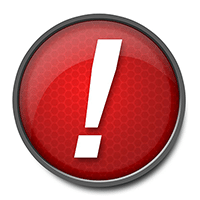 Whenever you click on this blog, you get information on how to improve your postcard marketing.

But today, we’re not going to talk about what you’re doing wrong or right or how to get a greater ROI. Rather, we’re going to take a closer look at the postcard itself: where it came from, what it’s had to endure…some interesting history and back story.

You can always revisit any of our earlier posts here.

How Old Is the Postcard?

There’s no definite data on the birth of the postcard but the Smithsonian Institute (a reliable source of information) estimates that it developed from picture envelopes—mailing envelopes with an image printed on the front left side. This would have been 1850 or so.

During the Civil War years, printers on both sides of the conflict created a specialized kind of picture envelope: patriotic covers. These envelopes carried messages and/or illustrations of cannons, flags, political leaders, and the like, supporting the Confederate or Union cause.

Congress Gets In the Act

In February 1861, Congress enacted a law which enabled people to mail privately-printed cards. Not surprisingly, the same year, an American printer named John Charlton copyrighted and patented the idea for the postcard. Charlton’s business partner was a man named Hyman Lipman. “Lipman’s Postal Cards,” which sold from 1861 to 1872, were the first commercially available postcards and were completely blank: one side was for the address, the other side, for the message.

In 1872, Congress enacted another law which allowed for the government to produce postcards. Theirs were no different in appearance from privately-produced ones but they cost half as much to mail: one penny instead of two.

By the turn of the 20th Century, another new law allowed “private mailing cards” to be mailed at the same low government rate. These privately-produced cards could have an image on the front or, if not, a message could be written there. The back side was still only for the address.

The modern postcard—image on the front with a split back for both address and message—came about in 1907 through the work of the Universal Postal Union, a special agency of the United Nations which coordinates postal policies among member nations.

Improvements in printing technology positively affected all printed media and by 1939, postcards were being produced with a process called photochrome, which resulted in those bright, photo-like, but not-quite-realistic look we associate with vintage postcards.

The Smithsonian opines that presently, people purchase postcards as souvenirs, rather than as a quick way to communicate. They obviously are unaware of the hundreds of thousands of businesses that use postcards to communicate with customers and prospects.

Today’s postcard is still divided on the back but continuing improvements in inks and papers allow you to print any kind of graphics or images you can imagine (on both sides).

Fact is, people love to receive postcards. By logging on to www.prospectsplus.com/pei you can take the first step. Check our customizable templates (or bring your own design), create a targeted mailing list, a few clicks to mail and boom—make history!

Or, if your extra time is a thing of the past, call Opportunity Knocks at 1 (866) 319-7109 and have a quick chat with one of our marketing and design pros. They’ll handle everything for you, from design to mailing, so you can concentrate on becoming legendary. 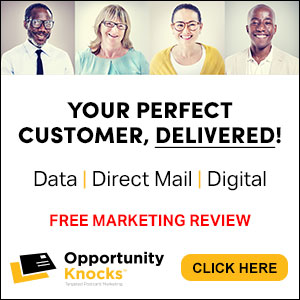 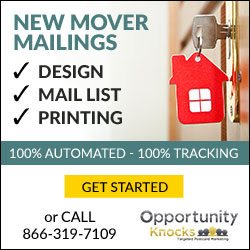